We recently had a lunch out with an American friend who decreed in the conversation that Henley-on-Thames was the destroyer of ambition. Whether this is true or not is a moot point but it certainly is a beautiful place to rest a while. The conversation came from my describing a very short time spent there recently. A beautiful sunny day; I could have languished by the river for hours but just had enough time for an hour at The River and Rowing Museum. This gem, designed by David Chipperfield, of course houses exhibits associated with rowing on the Thames but also contains galleries for other tastes. Currently there is a charming little walk through dedicated to Kenneth Grahame’s Wind in the Willows. In times of so much superb children’s literature you forget what a delightful and thought-provoking tale of riverside heroes this is. Of course I did not go to the museum for Ratty, Toad and Mole. It was Finding Form, a view of Barbara Hepworth, The sculptor who did so much for British Modernism that drew me. The exhibition, curated by the museum’s Natalie Patel showed Hepworth, the worker of natural materials to great effect. 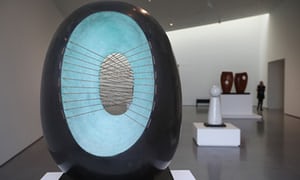 The showpiece is Spring, 1966, a bronze cast including the two concepts so relevant to Hepworth – the hole and the string. The hole, which she discovered in 1928 and never left gives her the insight to the interior of form and it’s duality with the exterior. It is not simply a window but an emotional entrée. Likewise the strings which she employed from around 1937 onwards signify the tension in her work and maybe musicality, probably from some of her European Abstract artist associates of the thirties. Hepworth came late to casting as she had favoured carving natural materials in her early career. Spring is based on an elm carving of 1965, Oval form with Strings and Colour, 1965, in the Metropolitan in New York.  The Limestone carving, Bicentric Form, 1949, is exhibited representing both the figurative form and the menhirs, standing stones which became so familiar from her days in Cornwall. Being brought up in Yorkshire and residing for many years in St Ives her strong natural landscape always featured strongly in her work. These two feature among six works on loan from various UK galleries including the Tate. They feature all Hepworth’s sculptural methods. Painting and drawing were not major parts of Hepworth’s oeuvre of work but the exhibition does include two geometric drawings which inform the tension in her works. 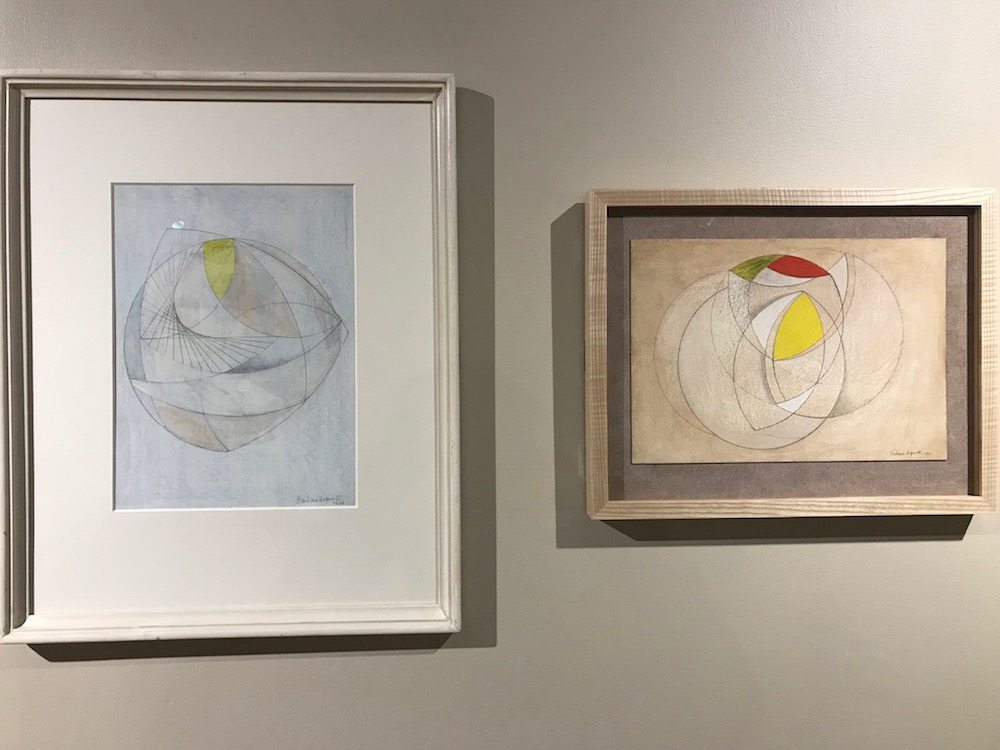 As a late developer in appreciating the full impact Barbara Hepworth had on British Art I now take every opportunity to visit her works. There is much to see at Henley and the Rowing Museum but for the short time available this exhibition is a must and is on until 3rd June 2018.