Recently I visited the Barber Institute at Birmingham University. Easy to get to – train to University and keep walking. I went to see an exhibition entitled Rhythm of Light, a celebration of the so called Scottish Colorists. These are a group of turn of the (20th) century Scottish artists who discovered light and colour in Paris and the South of France. I enjoyed the exhibition but to be honest having enjoyed the works of S J Peploe and J D Ferguson for years I found the curation somewhat tame. Some of the work of these two artists in Edinburgh and Perth is simply stunning so while the exhibition was good and has been well received it wasn’t for me this time.

It was ironic that probably the best Fergusson in the building was His 1902 Portrait of Jean Maconochie in the permanent collection. Well I suppose it’s a matter of taste. 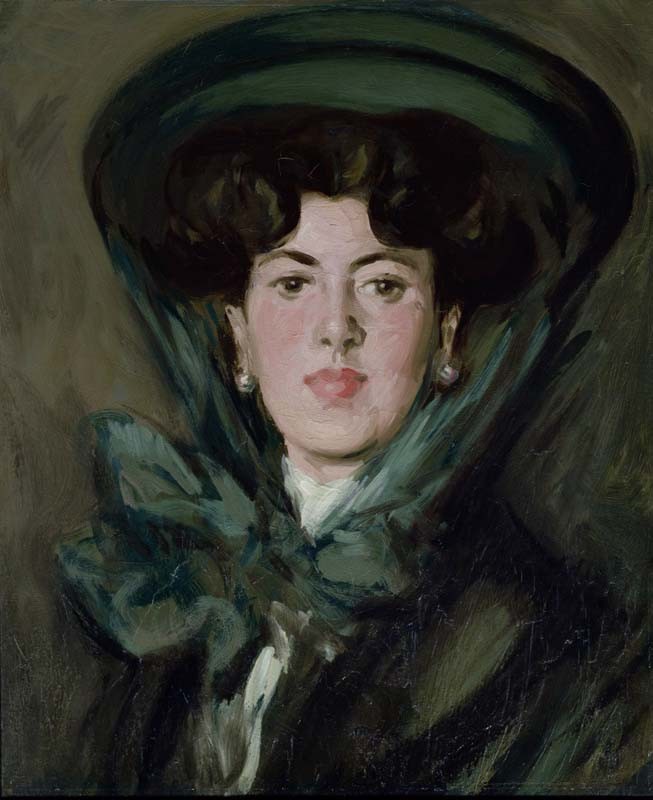 However I did spend a little time in front of one picture in the permanent collection which made me ponder on a few things. There is a painting of The Madonna and Child and Infant St John the Baptist. The title notes attributes the picture to Sandro Botticelli, around 1480. My first thoughts was how wonderful it was that this painting was still here hanging in Birmingham over 500 years after it was created. I pondered further on the events around Birmingham and Florence all those years ago. Both experiencing royal civil wars, both about to see great dynastic changes which would eventually challenge the heart of religious doctrine of the day.

But then I thought – Botticelli – that’s interesting – How strong is the attribution? Is it an autograph work? Is it with collaboration? Is it a factory work? Well the notes accepts that Botticelli had a very successful studio but claims the very fine work makes it the master. So what does my “complete Works” at home tell me. Well it becomes very interesting. It turns out that Botticelli painted this scene several times and my oracle claims the original of this painting is in the Galleria Palatina in the Palazzio Pitti in Florence and is attributed by all the experts. A reverse copy exists in Paris and is partially attributed. The Birmingham painting is a second reverse copy with the same dimensions as the Paris version and the same partial attribution. So I now know how busy these studios were back in the fourteen hundreds – step back Andy Warhol!

But then I thought – The Bible makes no mention of this meeting. Did the infant Baptist meet the Christ Child? There are numerous Renaissance and Baroque paintings devoted to this event. It arises from some of the apocryphal accounts of the Life of Christ abundant in the Middle Ages and refers to Jesus meeting his cousin on the holy family’s return from Egypt. These must have echoes of Luke recounting the unborn John recognising Christ in the womb (Luke 1:41).

But so to the painting – it is gorgeous. I hope my photograph does justice to the colours. It is difficult for me to judge on the level of restoration but the colours in egg tempera are just wonderful. And just look at the gold on The Madonna’s shawl. But most of all look at the faces. I am not sure if Italians have ever looked like Botticelli’s Madonna’s or Venus’s – but wow anyway. Most of all look at the Christ Child’s eyes. From a distance they look closed but get closer and you see just what a great artist Botticelli was – just open and clearly focussed on John.

It is worth taking time with a painting and certainly worth it with a truly great painter like Botticelli to see how really good The Old Masters were.

The Rhythm of Light is on until 13th May and is seriously worth it but do take a few minutes with Botticelli. You will not regret it.