You realise just what a big county Kent is when you try to travel to Margate by train. A High speed train that comes out of St Pancras like a rocket on wheels seems to take for ever to get to the destination. I might say though it was slightly faster than the fish cake I ordered from the cafe at the Turner, which it turned out, was lost somewhere in the kitchen!

Margate has a character all of its own. It feels like the sixties preserved for prosperity, without the scooters which is a great pity. It must have been quite something with thousands of noisy Italian scooters and the smell of two stroke fuel. Yes, the nearest ‘pub’ to the station is now the biggest tattoo studio you will ever see. Yes much of the front has not seen a lick of paint for decades but take time to walk round the old town and the covered market and you will be pleasantly surprised. The town simply oozes character.

But to my reason for visiting: The Turner Contemporary, which I once described as resembling a glorious sea water pumping station. As I have remarked before David Chipperfield’s grasp of gallery design is quite superb, understanding how art should be displayed and especially how it should be illuminated.  You do have to work very hard, however, to match his architectural exteriors to the interiors (with the notable exception of the River and Rowing Museum in Henley on Thames).

I came here to see the Patrick Heron exhibition, which I missed in the more appropriate St Ives setting in the summer. Heron (1920-1999) was one of the leading artists in the St Ives School in the mid twentieth century and a significant British abstractist. The size of his painters inevitably link him with the great American abstract expressionists such as Jackson Pollock and Mark Rothko. There are of course real differences in the styles. Whereas the strength of the Americans was in the total (spiritual) experience, Heron asks the viewer to concentrate on the detail of the placement of colour and especially the edge. According to the curators, Andrew Wilson and Sara Maston, of the Tate, it is at the edge where “our visual understanding switches out of the painting and back to the three dimensions of the real world.” Heron makes his major statements in his large oils at the edge.

There appear to be three very different styles revealed in this exhibition – the saturated oils, as above where he really concentrated on the edges, the pale (white) figurative works, and the late gouaches. The figurative works seem to have a more overall structure than the ‘edge’ paintings and the influence of Matisse and modern Paris becomes more obvious. 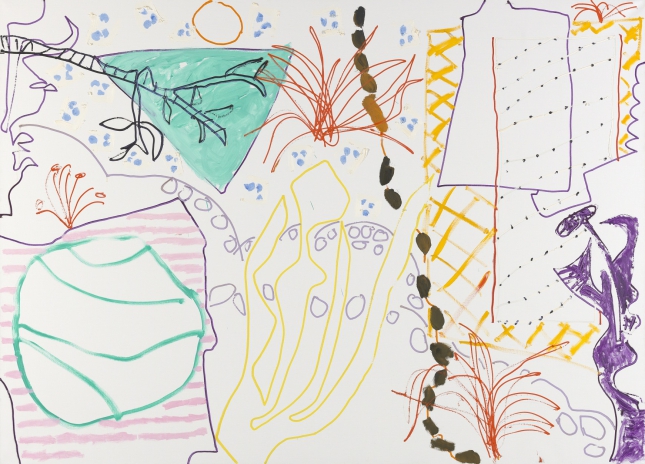 The abstract gouaches and water colours signify the latter stages of his career and reflect a year spent  in New South Wales. They represent “specific visual realities without ever depicting them”; Andrew Wilson again. The exhibition opens with some water colours completed by Heron in his last few months in 1999 which are quite awesome. Take time out with Sydney, below, ignore any distractions and enjoy how the image moves around in your head.

However, for all the brilliant paintings and wonderful display of colour, I came away not entirely satisfied with the experience. This needs some explanation as a lover of strong saturated modern abstract work. The curation of this exhibition seems to have concentrated on the painterly constructions, excluding reference to Heron’s external influences. The St Ives School is such an important part of British Art History and how it rubs alongside our social history – the impact of the railways, the escapism created by war, and the school’s rapid demise after 1975. Fascinating as the construction of Heron’s work is I felt as if I was grasping for the background; looking for conversations with others from St Ives. A timeline was displayed but the viewer is left yearning for more commentary. This is ironic as Heron was a critical writer, primarily with Art New York and The New Statesman, and was brought into St Ives by his contacts, not his painting.

A comment for the Certificate and the Diploma community, especially those that struggled through ‘Eric Fernie’. This may remind  you of Morelli’s debate with his Italian friend around the importance of the visual construction of a painting rather than the documentation and iconography needed by the “art historian”!

All in all though a great day out, concluding with a walk out on the foreshore for a close up and personal encounter with Antony Gormley’s Another Time. There is something spiritual and yet surreal about these cast sculptures. Photographs always make them look larger than life but in reality against the vastness  of nature they portray man as something quite small. 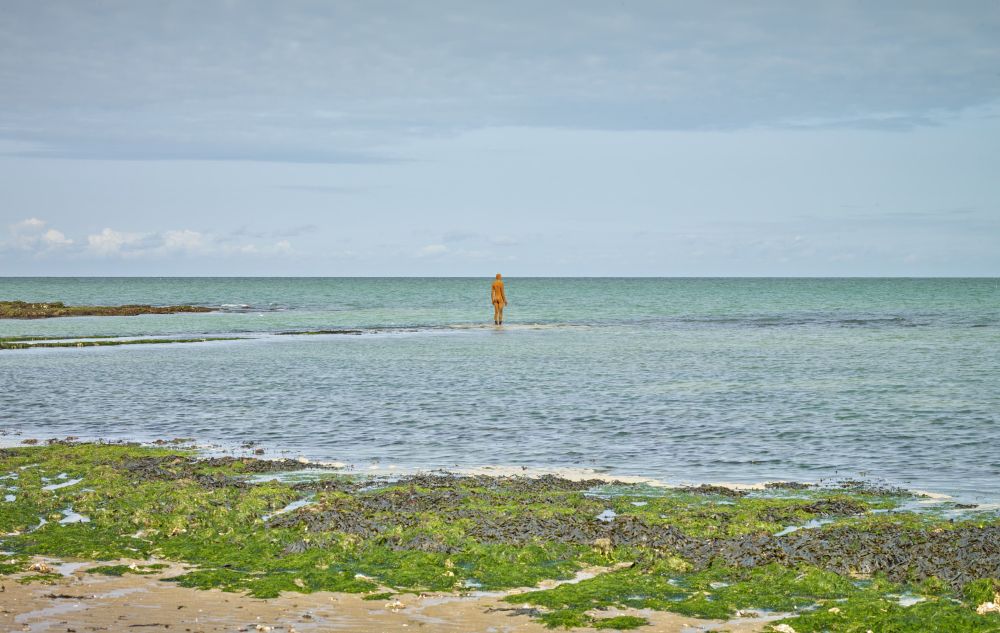 The St Ives School was a colony of mainly British and French ex-pat artists, which can be traced from the opening of the Great Western Railway in 1877 to a gradual decline after the deaths of three prominent members (Barbara Hepworth, Roger Hilton and Bryan Wynter) in 1975.