Fotheringhay was a great day out and made me think a little bit more about dead kings and cathedrals. Leicester Cathedral is quite an attraction since the bones of Richard III arrived. But are they really the last Plantagenet’s relics or a very elaborate modern hoax. You must be your own judge. Well at least Gloucester has a genuine King buried in its great Cathedral. Well if you believe that one…good luck. There is no proof it was even the alleged murdered sovereign at his own funeral, let alone whose body it is in the tomb. But oh what a tomb – probably the finest example of existing fourteenth century masonry and alabaster carving anywhere in the land. Do go and see.

Of course this short post is not about imaginary dead kings. It is about twenty first century stained glass. Well away from Edward’s tomb at Gloucester is the Thomas Chapel in the south east corner. A small chapel with fairly unexciting architecture compared to the rest but containing Thomas Denny’s 2014 stained glass windows depicting Thomas meeting the risen Christ, and the Creation of psalm 148. The window is dedicated to the Gloucestershire poet, Ivor Gurney, and reveals all manner of images in different lights. 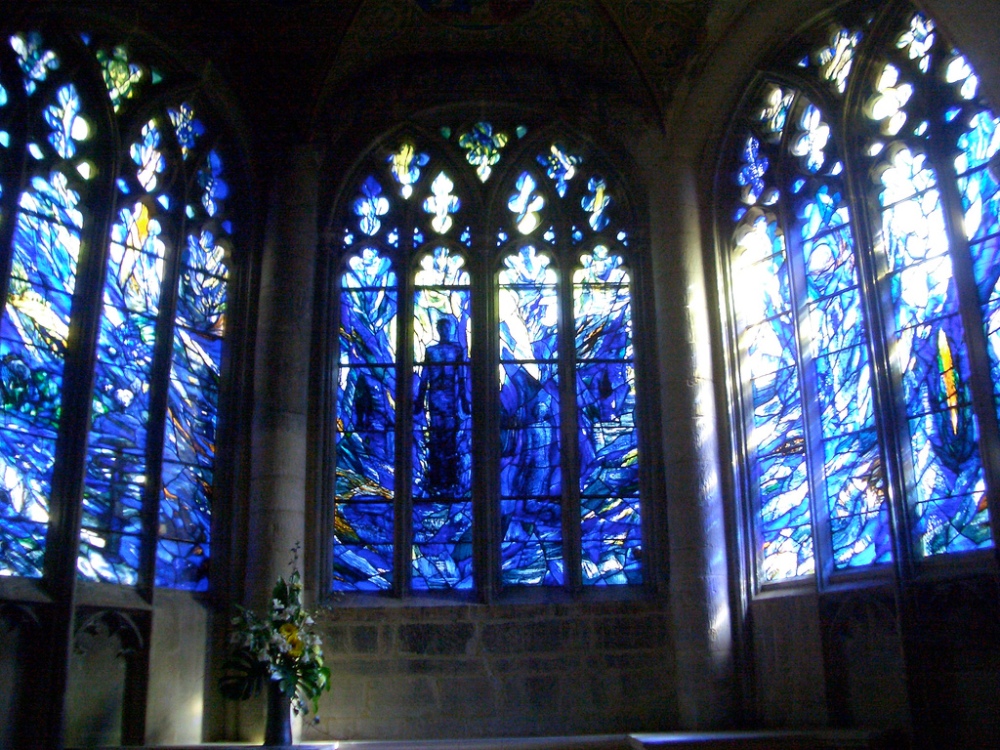 It is perhaps fitting that Denny also produced two windows for Leicester Cathedral. Inspired by the life of Richard III.

I found the Thomas Chapel on a visit earlier this week to Gloucester Cathedral. This magnificent building has so many great architectural delights to take in but occasionally it is worth avoiding the big stuff and just sit and enjoy a quiet corner. Let everyone else go and hunt for the great Norman nave, the important history of the Perpendicular, or the Harry Potter cloisters and just take in the quiet solitude of the pilgrims church.

A question – Which is the largest Great East Window; Gloucester or York?